Ariel, a popular go-to detergent brand in the Indian and European markets, has launched a very creative and eco-friendly advertising campaign to market its product. The campaign we are talking about is from London, United Kingdom.

Here Ariel renovated a dirty wall in the city’s suburbs, the wall was badly affected by algae and mild dew. It was in appeared very dark, smelly and dirty. The Ariel advertising campaign team first cleaned the site and restored the wall. 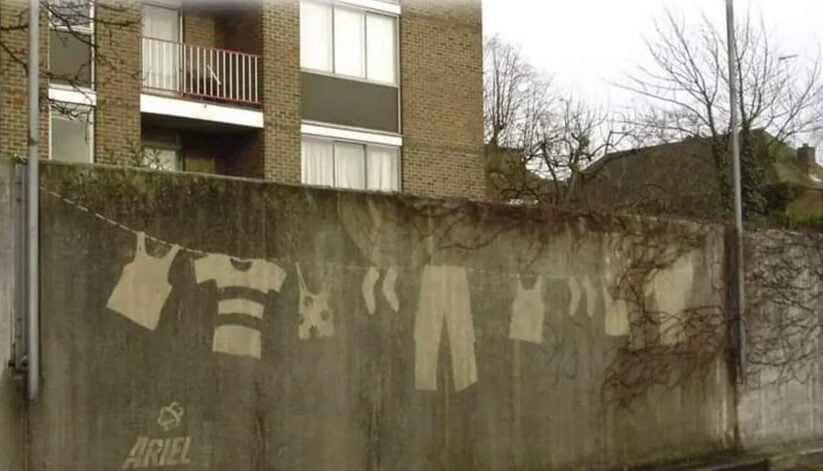 Later they painted the wall in such a way that it blends beautifully with the wall. The campaign was also a cost effective method for Ariel as they used monochrome colors for the advertisement. This Ariel campaign has become a topic of discussion in the city these days.

Earlier, Ariel campaigns like #ShareTheLoad were very successful and garnered worldwide attention and good comments from marketers across the globe. The movement was launched to address the unequal expectations placed on men and women starting from an early age by asking relevant questions to get the audience to think, introspect and act.