The CAPED team made up part of the 10,000+ women who ran the marathon and raised awareness for Cervical Cancer (cancer of the cervix). 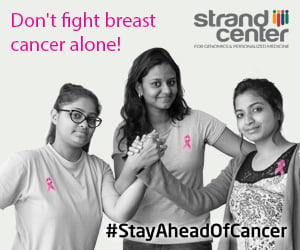 Pinkathon is amongst one of the largest Marathons organized for women of all age groups and from different strata of society, to celebrate womanhood and participate to show enthusiasm towards a healthy life. The initiative was started in 2012, to bring about awareness for breast cancer.

Speaking on the occasion, Mridu Gupta, CEO CAPED India said, “We decided to participate in Pinkathon, to build awareness about cervical cancer. Because Cervical Cancer is sexually transmitted people normally refrain from talking about it openly.”

Adding, Mridu says, “CAPED India focuses on spreading awareness about cervical cancer, helps carry out regular screening camps for the underprivileged women, who either cannot afford regular health check-ups or tend to ignore their own health due to various other challenges. Our volunteers and team members strive hard to organize such camps and facilitate the Doctors on carrying out the recommended tests. We are grateful and thank our esteemed partners who sponsor such camps and help us at all times. With our belief and community-led initiatives, we aim to embrace building a ‘Cancer Free Community’.”

CAPED currently is engaged in organizing regular screening camps for women at villages near New Delhi, Haryana and Uttar Pradesh. Building awareness and a pap test once in three years, shall help curb spreading of cervical cancer. CAPED aims to expand these community initiatives into various geographies pan-India, aiming to build more awareness and facilitate building a healthier society.

The first Pinkathon run was in 2012 Pinkathon, India’s biggest women’s run, is an initiative of the United Sisters Foundation and organised by Maximus Mice and Media Solutions Pvt Ltd. It was created with the specific purpose of getting more and more women to adopt a fitter lifestyle for themselves and their families, and to highlight the need for increased awareness about Breast cancer and other issues that put women’s lives at risk. The founders of Pinkathon are Milind Soman and Reema Sanghavi.

End Of A Political Mirage: Kejriwal..