by IS NewsDesk
in Bihar, Elections 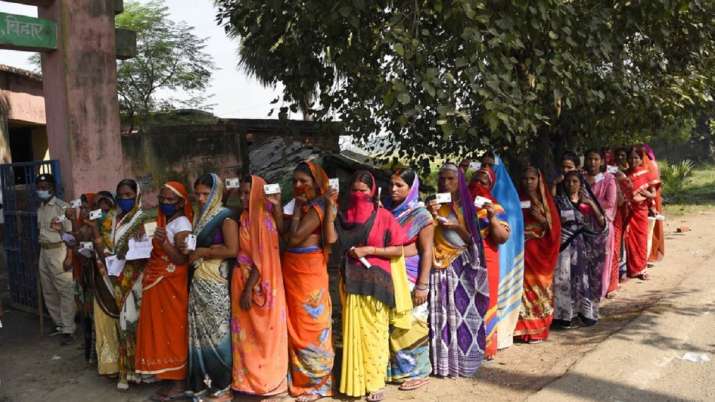 As the third and final phase of assembly elections concluded in Bihar, everyone’s eyes shifted on election results, which are to be announced on November 10. Till the results roll out, a series of exit polls one after another started coming out. Almost all the surveys unanimously predicted a tough luck for the BJP-JDU alliance, meanwhile the road to power seems no easy for Maha Gathbandhan, as per some exit polls, MG can fall short by a few seats from the magic number of 122.

As per the Exit polls released by Today’s Chanakya predicts an obliterating defeat for Nitish-led NDA alliance, as they are likely to get just 55 seats. Maha Gathbandhan could fetch a comfortable 180, and the others getting 8 seats.

According to the Exit polls released by Times Now C-Voter shows that the NDA could win 116 seats. The grand alliance can get 120 seats there. LJP is likely to get 1 seat and others can get 6 seats.

Another media house Tv9India predicted 115 seats for NDA, 120 for Maha Gathbandhan, LJP-4 Other-4.

It is important to remember that this is the first state election in India since the beginning of the Corona era. The reputation of many senior leaders is at stake at the moment.

In the 2015 assembly elections, the grand alliance, of which the JDU was also a part of, including RJD and Congress, got 180 seats. There, the BJP-led NDA got only 56 seats. Nitish Kumar became the Chief Minister on behalf of the MGB. But in 2016, JDU stepped out from the Maha gathbandhan and joined the NDA. He has been the Chief Minister of Bihar since last 15 years.