by IS NewsDesk
in Elections 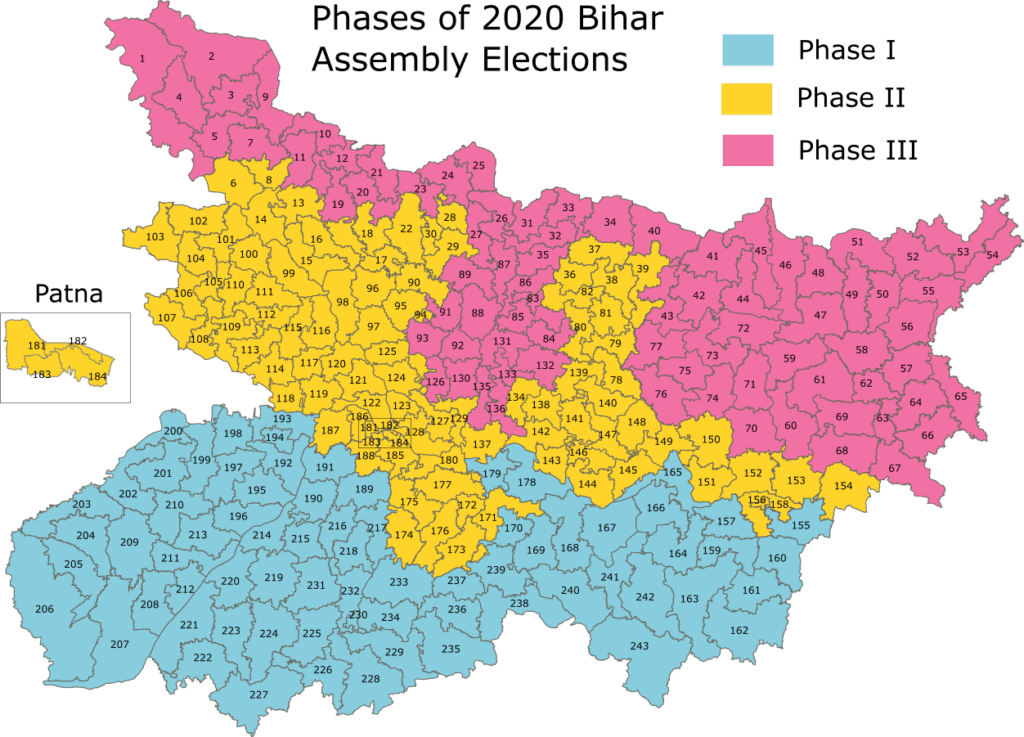 On Saturday, three phased elections concluded in Bihar, today is the day for election results, vote counting has already on started on 8:00 AM. For the purpose, election commission of India has setup around 55 vote centres across 38 districts of Bihar. CrPC section 144 have been imposed near the centres to keep a check nuisance. Postal ballots are being counted first.

Today, the fate of around 3755 candidates contesting for 243 seats of Bihar assembly will be decided. In this years election, 57.05 percent people exercised their right to vote.

Bihar’s politics is on a verge of change, it seems by taking in the factor of fifteen year long anti-incumbency towards Nitish government, it would be safe to say that Bihar is marching for a change of power. This was well shown in the exit polls and now when the vote counting is taking place, the trends are no different.

Trends have come out of 215 seats out of 243 in Bihar Assembly. According to this, so far the Mahagathbandhan on 120 seats and NDA in 92 seats were ahead.

Counting of votes continues on 243 seats in the assembly. So far, the initial trends of 100 seats have been revealed. Of these, the NDA has an edge over 49 and the Grand Alliance on 49. Please tell that the counting of postal ballots is going on.