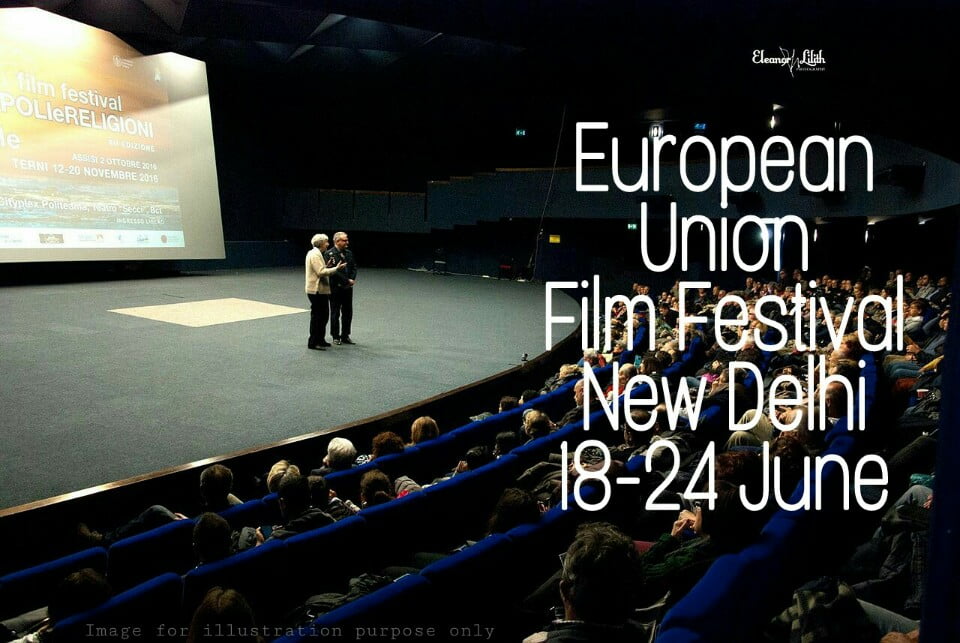 India has been nominated to host 23rd edition of European Union Film Festival. The first premier and inauguration ceremony will be held on 18th June in New Delhi at Siri Fort Auditorium. To be organised by Ministry of Information and Broadcasting in association with various officials, embassies of European Union Member States.

The Film Festival will be screening 24 nominated films of European cinema which comprises of 28 different countries. This would be a diverse cultural feast for those living in these 11 cities including New Delhi(premier and inauguration) , Port Blair, Chennai, Pune, Kolkata, Jaipur, Visakhapatnam, Puducherry, Thrissur, Hyderabad and Goa.

According to the latest release by Press Information Bureau India, all the movies will be in the their respective national languages however English subtitles will be present.

Entry will be allowed only for 18+. No pass or fee required to attend, front seats VIP passes can be obtained by contacting IB Ministry, Limited seats served on first come basis. (Source- PIB India)