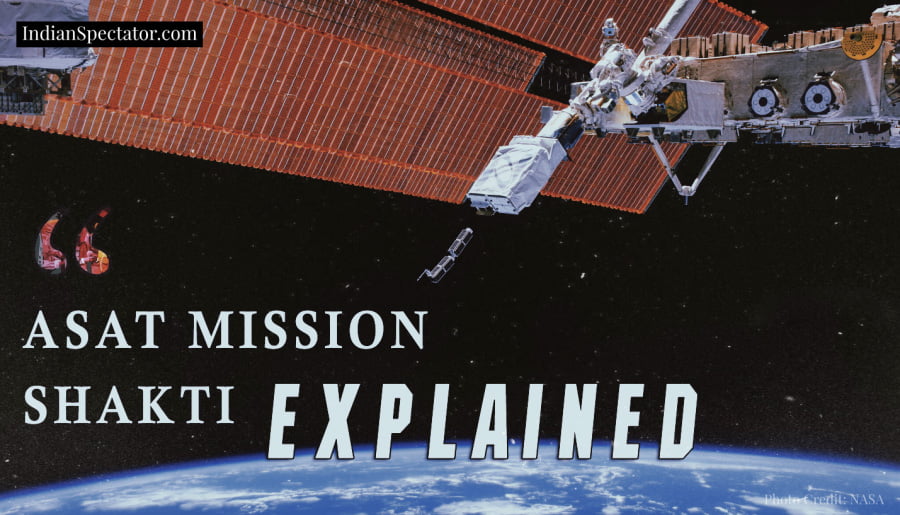 Prime Minister Narendra Modi on 27th March, announced “the big news” of India’s induction in the space elite group or the group of nations who posses ability to take down satellites in the lower earth orbit (LEO). Only next to US, Russia and China, India has also exhibited its capabilities in terms of space defense and technology. To announce success of ASAT mission shakti, prime minister himself came to the media’s camera marking the event as a giant advancement in Indian defense. Is it worthy of the hype ? Indian Spectator investigates:-

What is an anti-satellite missile test or ASAT ?

To be exact, ASAT earns the status of India’s ability to pursue targets in the lower space orbit and can successfully take town enemy satellites with accuracy in centimeters. Anti satellite missiles usually serves in strategic wars to blind enemies ability to take pictures and keep track of sensitive movements.

Scientists at DRDO (Defense Research and Development Organisation) launched ASAT capable missile from DR APJ Abdul Kalam launch center in Odisha to take out a defunct satellite put in the orbit in January this year. According to the reports by DRDO, the decoy satellite was orbiting at about 300kms from the sea level.

Why there’s controversy around satellite debris ?

For general understanding, countries required to be highly advanced in both space and missile technology to target satellites residing in space from ground. However many countries are possessing this ability on paper but and have never conducted demonstration tests for example Israel’s Arrow 3 anti-ballistic missile has exo-atmospheric interception ability and also believed by experts that it will operate as an ASAT if required.

Another aspect to it is destroying satellites in space cause generation of huge amounts of satellite and missile debris. Even the minute pieces of these aimless projectiles can cause serious damage to other / non targeted satellites. It can also create hurdles in the future space mission like the Gaganyan.

Treaties like United nation’s Outer Space Treaty of 1967, which prohibits signatory nation to put or station any nuclear weapons and weapons of mass destruction in space. According to the treaty, all the celestial bodies should be left alone from any defense military programs except space exploration. However there are no clear guidelines on satellite destruction through missiles.

According to the latest claim made by DRDO, the generated debris will be burned and dissolved in 45 days. However it seems as if DRDO gone too optimistic, since those parts of debris which might have gone in the farther orbits may remain there for far more longer than 45 days.

The Pentagon, US’s headquarters of defense has backed India’s ASAT Mission shakti differing from NASA’s lines. In the latest developments just after India performed ASAT test, NASA’s Administrator Jim Bridenstine condemned the test and even called it “A terrible thing”.

As compared to a similar test conducted by china in 2007 which intercepted and destroyed the target placed at a distance of more than 800Kms. The are speculations of the debris created back then is still hovering aimlessly in the space and would remain as such for several decades or until gets destroyed. No country till today has ever demonstrated any technology to clean these debris, only the time or their deescalation into earth’s orbit can destroy them.

How Fossil Fuels Are Trashing Attempts Made To Fix Climate Change