by IS NewsDesk
in Entertainment, Nation 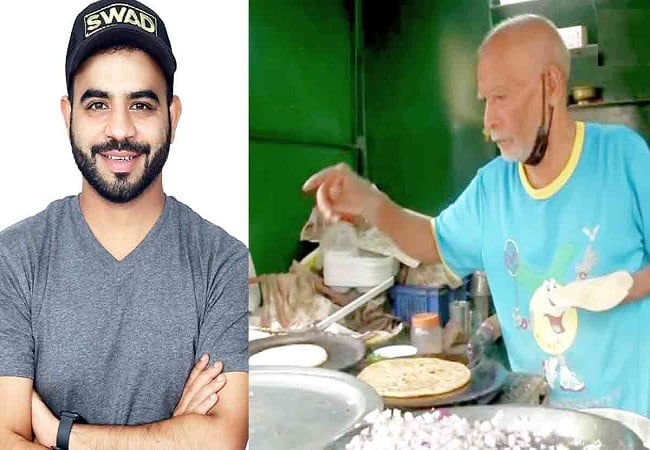 Kanta Prasad, the owner of Baba Ka Dhaba in Delhi, got immediate hype on social media fetching for him wishes and donations from all around India. Baba’s fortunes took a turn after a video shot by a food vlogger & You-tuber Gaurav Wasan, went viral on the Internet. Many people including celebrities like Swara Bhaskar came forward to help. However, this time, Kanta Prasad is in headlines for all wrong reasons. He filed a cheating complaint against Gaurav Wasson, alleging him of fraud.

Gaurav Wason, who runs a YouTube channel by name “Swad official”, shared the video of ‘Baba Ka Dhaba’ on October 6. After that, the video went viral on various social media platforms. The story of many like Kanta Prasad and his wife who were facing difficulties to make ends meet, as in the post covid era people have started to avoid eating on food stalls. The story of Baba ka dhaba touched the hearts of so many people. After that, the netizens extended a helping hand. Many people helped him through online donations. ‘Baba Ka Dhaba’, immediately became a crown puller, hundreds as many people started taking selfie with Kanta Prasad, dhaba owner.

YouTuber Gaurav gave netizens his own bank account numbers to help. He said that he would deliver the money that would come to his account for the elderly couple. But Kanta Prasad is now complaining that he did not get all the money that went into Gaurav’s account in his name.

Delhi Police DCP (South) Atul Kumar Tagore said they launched the investigation after receiving a complaint from Kanta Prasad for a cheating case against Gaurav Wason. Although Gaurav denied the allegation, he handed over two checks to Kanta Prasad on October 26, one for Rs 1 lakh and the other for Rs 233,000. At the same time, he has transferred another Rs 75,000 collected through PayTm, to baba’s bank account. Gaurav also shared the receipt and his bank account statement on his Facebook account. He claimed that all of the collected money which was around Rs 3 lakhs have been deposited on different dates in baba’s account.