Prime Minister Narendra Modi applauds the army for foiling a terror attack plot by Pakistani militants. A potential terror attack once again averted by the Indian Army. The security guards thwarted the plot of a terror attack like 26/11 or bigger. In a tweet, Prime Minister Narendra Modi praised the army’s achievement, he further clarified that the Pakistani militant group Jaish-e-Mohammed was behind the plot to sabotage in India. It is learned that the militants were planning a major attack on the 12th anniversary of the 26/11 attacks in Mumbai. So for now, even after eliminating four militants, security has been strengthened even more so in areas around Mumbai.

Neutralising of 4 terrorists belonging to Pakistan-based terrorist organisation Jaish-e-Mohammed and the presence of large cache of weapons and explosives with them indicates that their efforts to wreak major havoc and destruction have once again been thwarted.

As per reports, militants were traveling by bus from Jammu to Kashmir. Since then, security in the area has been beefed up. The Jammu-Srinagar National Highway has been closed for the time being. The search has started. Firearms and explosives were recovered from the militants. Four militants were killed in a shootout with security forces one jawan was injured in the clash.

Prime Minister Narendra Modi on Friday held a meeting with the Home Minister, NSA, Foreign Secretary, and top officials of the Intelligence Bureau on the Nagrota encounter. It’s been 12 years since the 26/11 Mumbai attacks and 6 days are left The police administration has been warned all over the country after receiving the news of the possibility of a terror attack. 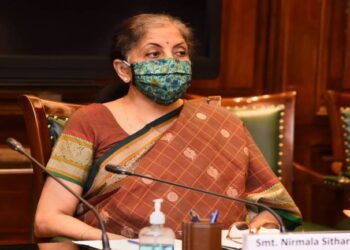