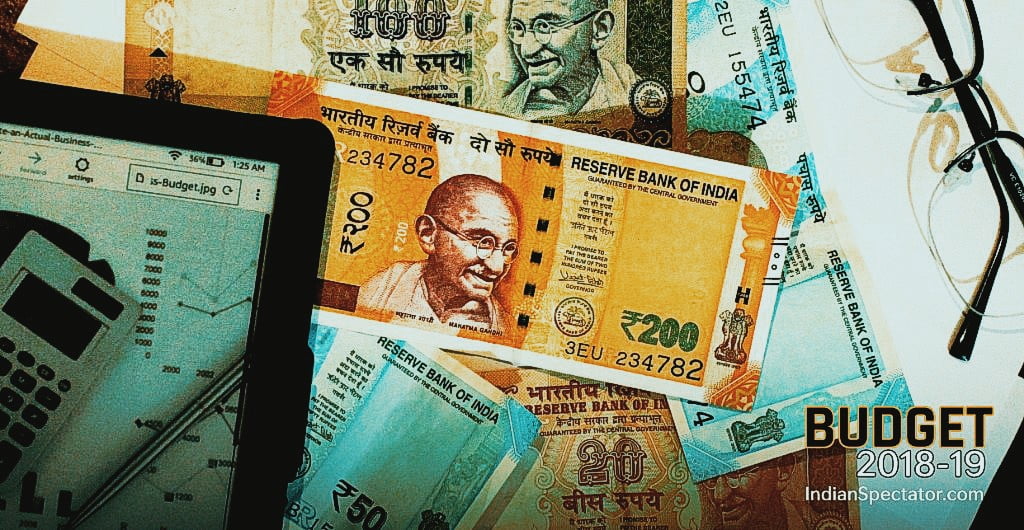 Piyush Goyal, finance minister in the GOI, presented the Interim union budget for year 2019 in the Loksabha on 1st February. He has been conferred with additional charge of finance ministry due to Arun Jaitleys ongoing treatment in United States. The Union Budget for 2019 is momentous as it is the last budget of the 16th Loksabha and Narendra Modi regime. An interim or provisional budget differs from final budget for full fiscal year as it can only propose possible expenditures in the months leading to the election. Interim budget would be applicable till 31st march 2019 after which the Central government could not spend from the consolidated funds of India.

Government has proposed the expenditure worth of 27.84 lakh crore rupees. 3.42 lakh crore more than 2018’s budget. Modi Government has definitely shown clear confidence in retaining the power in this year’s general elections.

Income tax rebate
Individuals with income up to Rs 5 lakh will get a full tax rebate. This means any salaried individual falling under the limit can enjoy full tax free earning. He also mentioned of significant increase in tax collection by the government due to policies like demonetization and GST led the government to broaden the exemption base. Till today income of more than 2.5 lakhs was taxable. Those earning upto 6.5 lakhs can save on tax by opting for investment in provident funds and prescribed equities.

Significant increase in defense expenditure.
Defense budget has increased by 6.8% to 3 lakh crore rupees which is the highest in any budget presented in the Loksabha so far. Special allowances announced for soldiers of air-force and navy deployed in tough locations. The defense budget is about 1.44 per cent of the total GPD.

Pension plans for unorganized workers and labors.
Pradhanmantri Shram Yogi Maan Dhan Yojna (PSYMDY) was announced for the welfare of people working as unorganized labors. This would benefit 42 crore individuals working in non-regulated work spaces in form of assured monthly pension of Rs 3,000 rupees per month after 60 years of age, with a monthly premium of rupees 100.

Direct income for farmers.
Pradhanmantri Kisan Yojna (PKY) announced in the budget to support small and marginalized farmers in the form of assured minimum income of 6000 Rupees every year. PSY scheme implementation would cost another 75,000 crore on the center’s chest.

Gratuity limit extended
Upper limit of gratuity has been extended for Rs 10 lakh to 20 lakh. According to Gratuity Act, 1972, upon completion of 5 years in an establishment, the employer pays certain gratuity (tip) to employee.

Changes in Tax On Source (TDS) Policy.
Government has scrapped the provision of tax deduction on house rent up-to 2.4 lakh per year and on post-office and banks interests of upto rupees 40,000.

Recommended: Why does India need evidence-based crime policy more than ever?