by Ashutosh Mishra
in Nation 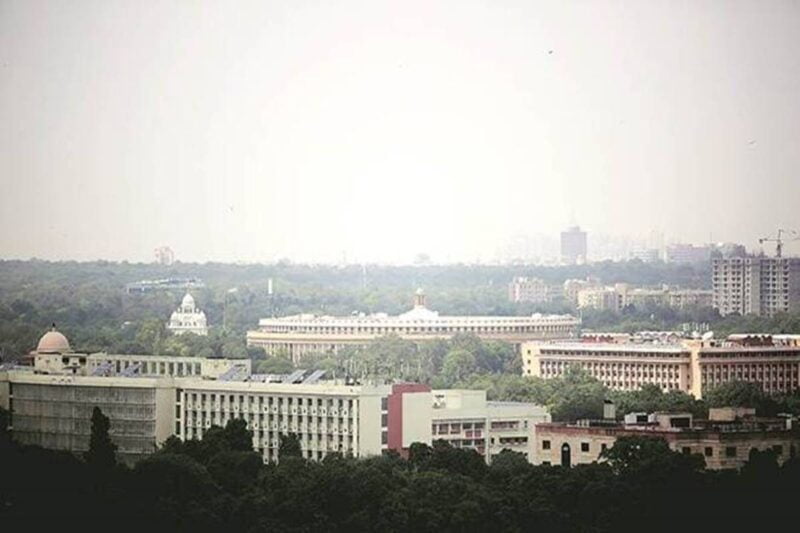 A three-member bench of the top court, headed by Justice Khanwilkar, cleared the long-debated new parliament project by a 2-1 majority. The judgement also had a dissenting judge, Justice Sanjeev Khanna differed in his opinion on the change of land issue for the project. Justice Khanwilkar read out the majority verdict supported by him and Justice Maheshwari.

The Supreme Court has ruled that the right exercised by the Center for the redevelopment of parliament and ministries is just and correct. The Supreme Court has no objection to the changes that have been made in the use of land. The court did not found any discrepancies in the paperwork, it also ruled that the recommendations of the committee formed to protect the environment were justified.

The apex court also mandated that the smog tower should be installed in order to control pollutants level. The court also directed to use environmentally friendly materials in the construction of the new building. As per the honourable court, the smog towers should be installed on priority. SC also suggested to the Ministry of Environment and Forests to consider having smog towers for any other projects of similar scale.

The Narendra Modi government is willing to redesign the 6 acres of land in the heart of Lutyens’ Delhi. Despite objections from the opposition on the new parliament project, Prime Minister inaugurated the project in December after SC’s nod. However, the Center assured the Supreme Court that the work would not start. After today’s verdict, there are no more obstacles to begin work.

The overall project cost for the redevelopment of Lutyens Delhi’s central vista project is approximated around ₹ 20,000-crore. The present Parliament House was opened in 1927 designed by Sir Edwin Lutyens, the new parliament building is said to be equipped with modern fire safety technology alongside earthquake resistance and paperless offices.