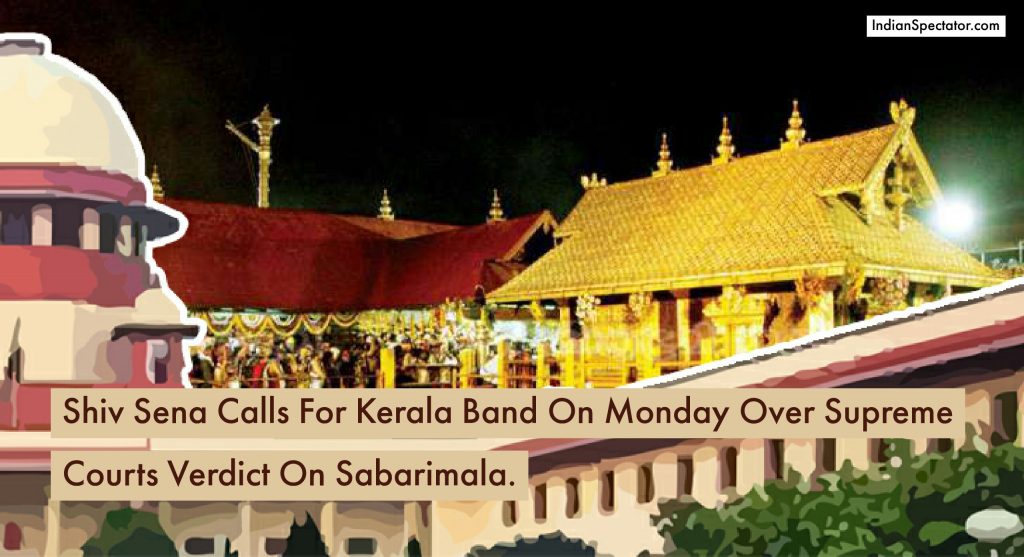 On the grounds of equality proposed under Article 15 of the Constitution, Supreme Court on Saturday 29 September delivered the historic judgement on Ayyappa Temple at Sabarimala. Clearing the way forward for woman devotees to seek blessings of Lord Ayyappa and to rightfully enter in the temple premises regardless of their age, fertility status, mensuration etc.

The judgement received admirably by every section including Kerala Government but Shiv Sena state unit has got some major issues with the decision.  As a result Shiv Sena called a statewide shutdown on Monday 1 October to mark disagreement with the Hon’ble Supreme Court’s verdict. Advocating patriarchy in religion, in the favor of temple authorities Shiv Sena demands a reconsideration in this judgement.

Kerala Band would be in effect for 12 hrs, 6am to 6pm on Monday. Interestingly on Tuesday 2 october Dipak Misra who headed the bench is set to retire as 45th Chief Justice of India.

Sacred Games Season 2 Teaser Out, what to expect