by IS NewsDesk
in Nation, Uttarakhand
A A
Share on Whatsapp 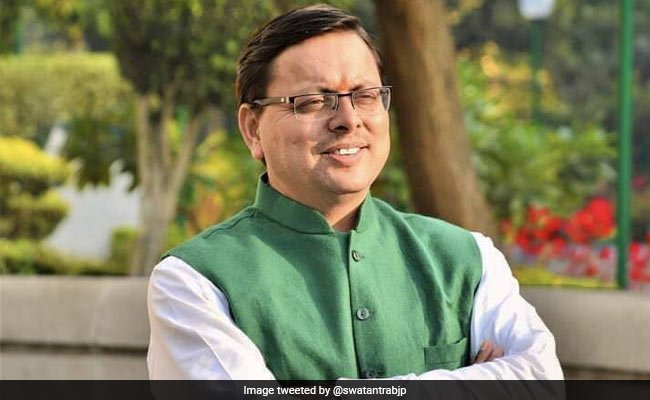 On Sunday, BJP leader Pushkar Singh Dhami took oath as the Chief Minister of Uttarakhand, replacing Tirath Singh Rawat who himself was chosen four months prior. Dhami has joined the constitutional post at the age of 45, which makes him the youngest ever Chief Minister in Uttarakhand’s history. He has assumed the office as eleventh chief of the state.

Dhami was administered oath of office and secrecy by Governor of Uttarakhand Baby Rani Maurya at the Raj Bhavan in the state’s capital, Dehradun. A day before, He was elected as the leader of the BJP legislature party meeting held in Dehradun on Saturday.

As per the BJP’s leadership, Dhami had been chosen for the post of CM after all the 56 BJP MLAs in the State unanimously chose him for the top post. However, as per local news source, there is an apparent dissatisfaction among the senior leaders of the BJP’s state unit.

Before Dhami, MP Tirath Singh Rawat was serving as the chief minister of Uttarakhand. Dhami has joined as the third Chief Minister of the Fourth assembly of the state.

Tirath Singh Rawat had to tender his resignation on Friday, as the by-polls could not be conducted during the second covid wave and the period of up-to six months, in which anyone can hold the post of Chief Minister without being a member of the state assembly or council (if present), was expiring in September. Also a by-poll can not be conducted if the state assembly polls are scheduled in next one year which was the case in Uttarakhand.

In a bid to calm the dissatisfaction among the senior leaders of the party’s state unit, Pushkar Singh Dhami himself met senior BJP leader Satpal Maharaj before taking oath. Party MP Ajay Bhatt was also given the responsibility of persuading the MLAs. Ajay Bhatt spoke to many MLAs. At the same time, Dhami met many leaders including former Chief Minister of the state BC Khanduri. After meeting, Ajay Bhatt, Bishan Singh Chufal denied the news of dissatisfaction among the party cadre.

Pushkar Singh Dhami has represented the Khatima constituency twice in the state assembly. Although he lacks hardcore administrative experience before becoming the Chief Minister. Pushkar Singh Dhami was born in Tundi village of Pithoragarh. He has been the state president of BJP Yuva Morcha. He was associated with Akhil Bharatiya Vidyarthi Parishad during his college days also a stern supported of RSS’s ideology. Dhami has a strong appeal among the youth.