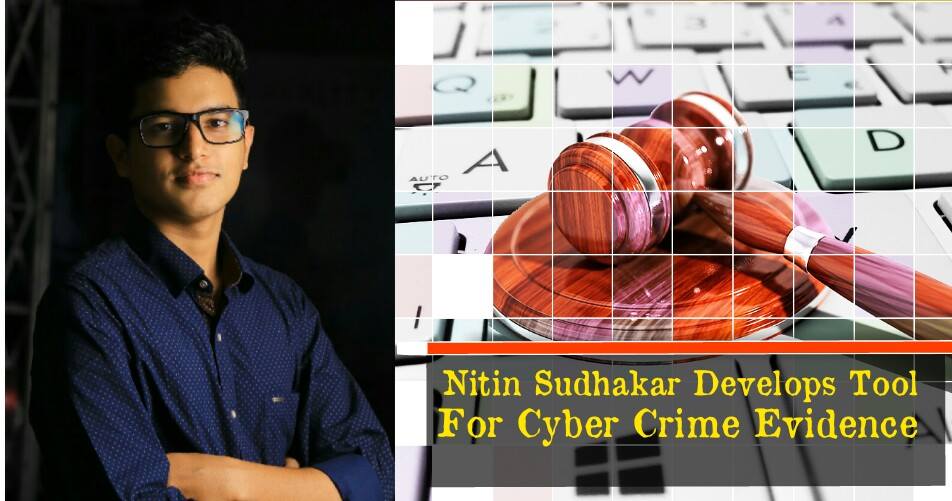 Nitin Sudhakar, a student of National University of Advanced Legal Studies (NUALS), Kochi Kerala has developed a web archiving tool for e-discovery to capture and preserve believable evidence from cyberspace including social media which could be produced in the courts and will hold legal value. This will help the public, lawyers and law enforcement agencies to fight against white collar crimes, financial frauds, Fake news circulation, IT and cyber.

The cyber law in India provides for due diligence in social media. The major drawback is when content on the internet once modified or removed cannot be traced back. The conventional methods like screenshots, printouts etc cannot be taken into consideration as evidence as they fail to comply with the standards and could easily be tampered with. In many countries, courts are rejecting simple print out or screenshot as evidence. As held by the Maryland Supreme Court in the case of Griffin v State, electronically stored information is easily susceptible to abuse and manipulation, it requires greater scrutiny of the foundational requirements than letters or other paper records, to bolster reliability. In the year 2011, the court did foretell that the compelling requirement to authenticate such evidence, methods, and technology for an authenticated copy of data will likely develop. One such homegrown technology has been developed by the young law student which opens wide possibilities in Indian legal system.

The circumstances have made e-discovery for social media in India an essential requirement. The tool developed can be used to prove online abuse, defamatory or hateful contents. It can be used by law enforcement for investigation and producing evidence in criminal cases. Indian judiciary is exploring the concepts like e-court, digital evidencing, e-legal notice. The tool will certainly help the Indian judiciary ascertain the originality of the evidence produced in courts.

“The tool is currently made as a web extension for the easiness of use and accessibility to the public. Taking into account the expensive nature of the compliance, there is an assurance that there always be a free version available of this tool to the public. Users will be able to capture and preserve the content from the internet using the forensic procedure for producing in courts or for other compliance. We have also developed a user-friendly dashboard. Security measures like hashing, encryption and digital signature are being used to make sure no one even the hosts cannot tamper with the content. This will also enable to verify the originality at a later point in time. My team is working hard to bring a Techno-Legal revolution in India.” says Nitin Sudhakar, the creator.

Cyber Cell and Forensic Laboratory of Kerala also helped in providing insights to this unsolved problem in India. Rose Varghese, Vice Chancellor of NUALS assured full support in the further development of the tool and said that it will be made available in the University website upon its launch.

Nitin Sudhakar is an innovation evangelist who is working in e-discovery, virtual reality and exploring the possibility of application of technology in law. He is also working on making a Robot Lawyer and a lot more exciting projects.

Reach out to Nitin: Linked-in / Email.

In the official gazette of India released on Tuesday...
Nation