A historic infrastructure milestone for Bangladesh and now the longest bridge of the
country, the newly-built Padma Multipurpose Bridge would now help grow Bangladesh’s
GDP by 1.3% annually.

The US$ 3.86 billion worth mega-infrastructure was inaugurated on June 25 and is forecast
to increase jobs, service sector activity and tourism in the country’s southwestern districts,
connectivity to which were poor even a day before the opening of this bridge. This world’s
deepest bridge, which is a 6.15-kilometre multipurpose road-rail bridge, carries a four-lane
highway on the upper level and a single track railway on a lower level. 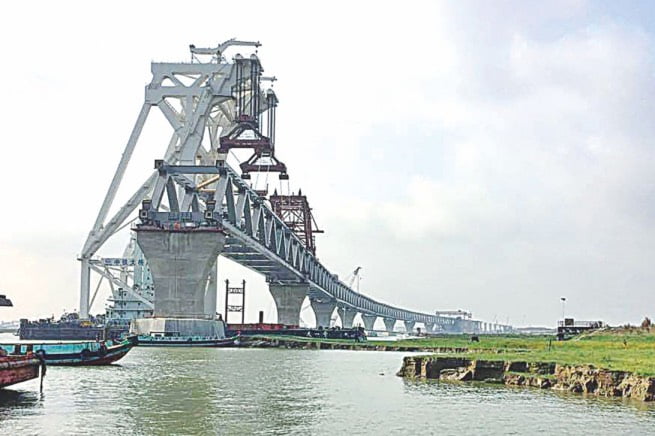 Not a part of Belt & Road Initiative

In one of its recent statements, Bangladesh’s foreign ministry clarified that the bridge is not a part of the China’s flagship Belt and Road Initiative (BRI) and that it was entirely funded by Bangladesh, no foreign funds were taken.

It is worth noting that after the World Bank cancelled a US$1.2 billion credit in 2012,
Bangladesh decided to build the bridge using its own fund. The decision was perhaps
inspired by the government’s realization that they could gain some popularity if they could
fulfill the dream of millions of Bangladeshis who wanted good connectivity between
Bangladesh’s richer and well-connected northern and southeastern regions to its poorly-
connected southwestern districts.

Agro & tourism industries to get boost

Until now, the journey to the southwestern districts on the other side of the gigantic Padma
River took hours. First, boarding on the ferries and launches took hours, followed by the
journey itself which took three to four hours. Furthermore, bad and/or high pressure of
vehicles meant the journey took even longer. The connectivity through Padma Bridge has now reduced the hours-long travel time to only seven or eight minutes.

Until now, because of poor connectivity, the transportation to the richer northern markets
— including the capital city Dhaka — cost more for farmers, growers and traders from the
country’s southwestern districts’ crop, fruit and fish industries. This has been forcing them to sell their products to only nearby districts, with lower prices.

However, the newly built Padma Bridge will alter the scenario by providing easy access to
northern markets and scope for higher selling prices. The highly-demanded Hilsa (Ilish) fish, for example, is forecasted to get at least 20 to 30 per cent higher prices, contributing to the increase of the fish industry’s worth by millions of U.S. dollars.

Accordingly, higher profits are expected for the existing hotels in the southwest, while more
businesses are already lining up to open hotel, motel and rest-house businesses in these
southwestern districts, according to Draft PaperWork, a service-business providing business
consultancy & documentation services.

The construction of Padma Bridge, which now connects country’s heartland to poorly-
connected southwestern region, may impact ruling party’s popularity in the southwestern districts and beyond.

The social media influencers, media outlets, media personalities and cricketers have been,
for last half a decade, continuously praising the ruling party for the country’s overall
economic and infrastructural developments. Already the national cricket players, whom
Bangladeshis view as their super-heroes, cut a huge cake having the imprint of Prime Minister Sheikh Hasina with the Padma Bridge in the background and posted tweets about this.

While the cricketers’ celebration took place abroad during their tour in the Caribbean, the
TikTok and YouTube influencers at home too crowded the Padma Bridge for promoting and
endorsing the bridge. Although many smell the ruling party’s shadow in the current hype and the hype of the past half a decade regarding the newly-built mega-infrastructure, it is undeniable that the Padma Bridge will bridge the development of the other parts of the country to that of the southwestern districts.

Hence, the ruling party’s campaign to repeatedly publicize country’s recent developments, including Padma Bridge project, could now pay off in the next general election.

Indeed, from the scenarios unfolding in the last few days surrounding the inauguration of
the Padma Multipurpose Bridge, it would be prudent to say that the traditional and social
media’s half-a-decade-long publicity has led the people from the southwestern districts to
believe that their fate is about to change because of the ruling Awami League’s effort in
improving connectivity for their region. This indeed is a political masterstroke by the ruling
party, which may, therefore, experience an increase in their popularity in the country’s
southwest before the coming general election due at the end of 2023 or early 2024.

Bahauddin Foizee is an expert on international affairs and a keen observer of policies and diplomacy in the overlapping Asia-Pacific, Indo-Pacific and Indian Ocean regions as well as the greater Middle East region. He has been published in The Diplomat, The National Interest, The Dispatch, Asia Times, Institute of Peace and Security Studies, and Foreign Policy News. 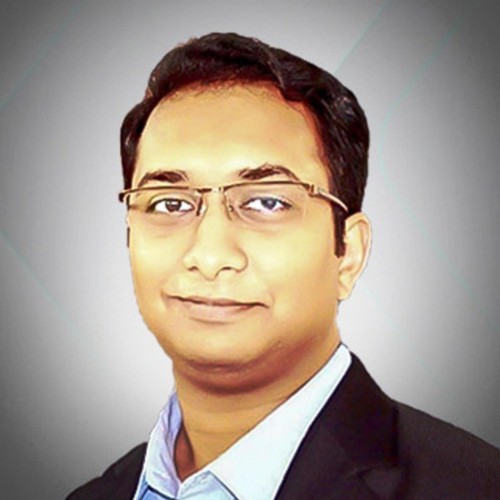 Bahauddin Foizee
Bahauddin Foizee is an international affairs expert and a columnist, he is also a keen observer of policies and diplomacy in the overlapping mega-regions of Asia-Pacific, Indo-Pacific, Indian Ocean and greater Middle East.