by Ashutosh Mishra
in Opinion Stack 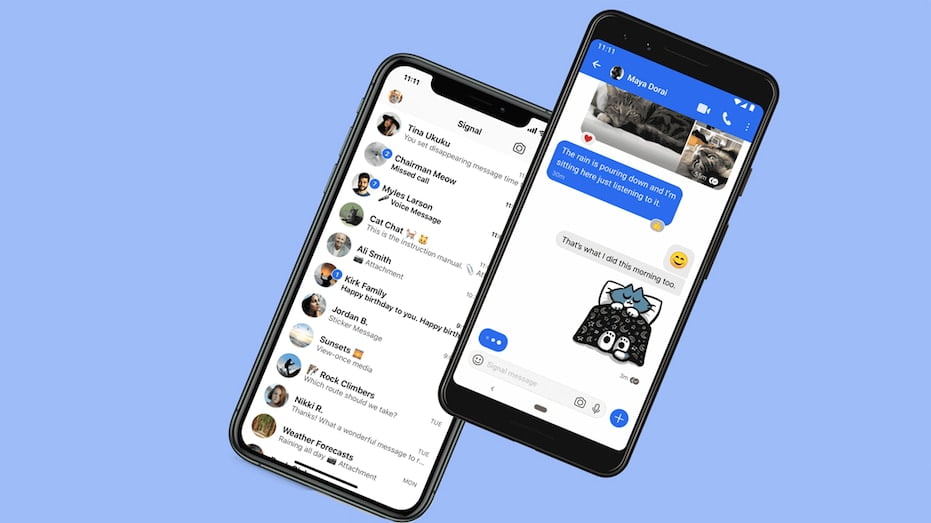 The signal app that was recently endorsed by Tesla founder Elon musk as WhatsApp alternative, is experiencing an overwhelming response globally due to the unprecedented influx of new sign-ups. With every passing day, Signal app in India is clocking millions of new users mainly those dissatisfied by recent policy updation announced by popular messaging app WhatsApp.

In a recent tweet released, through a verified handle of @Signalapp. it said “We have been adding new servers and extra capacity at a record pace every single day this week nonstop, but today exceeded even our most optimistic projections. Millions upon millions of new users are sending a message that privacy matters. We appreciate your patience.”

In another tweet, “Signal is making progress towards getting the service back online. Privacy is our top priority, but adding capacity is a close second right now.”

After the Facebook-owned messaging app, WhatsApp announced its privacy updation and issued a deadline or more like a whip to all its user to align with new privacy policy until 8th February or to leave the platform. The overweening communication by WhatsApp generated displeasure among its users throughout the world. Looking at the scale on which users are deleting their accounts, Whatsapp is on its way to losing millions of its user.

On the other hand, Signal App received free PR push after Elon Musk asked people to move to Signal App.

Recently, Whatsapp had published a full-page advertisement in major news dailies of India, yet this doesn’t seem to help the app in retaining its users. As per reports, every day many Indians are flocking to apps that are banking high on Privacy feature. Besides the Signal app, Telegram a well-known app among exam aspirants reported an unexpected hike in downloads from the Playstore. Based on data from play store, Signal app received around 4 million new downloads in just 4 days from 6Jan to 10Jan.

Will Indians ever move to the Signal app India or any other WhatsApp alternative?

Now that’s a tricky question, Whatsapp has a ton of features but lacks a robust privacy policy while Signal app, being a new entrant to chat messaging space, has pretty basic features but a much more reliable privacy policy. Whatsapp does offer end to end chat encryption but Signal app steps ahead by offering encryption in metadata as well. This means Singal app only knows information that the user themselves is willing to give. Whereas according to new WhatsApp policy it allows them to store data as basic as your battery percentage to as sensitive as your Payments data in its servers situated in the USA.

Undoubtedly 4 million new signups is an impressive number but are just fractions of the total userbase of WhatsApp in India which is around 422 million. Will Signal app India would ever get as many users as WhatsApp has?

Unless the discontentment among Indians over their privacy blows out of proportions, it is likely that WhatApp will survive the backlash.

Support IndianSpectator by subscribing to our Daily Newsletters, Submit your opinion/articles on Info.indianspectator@gmail.com. Read more about Tech.