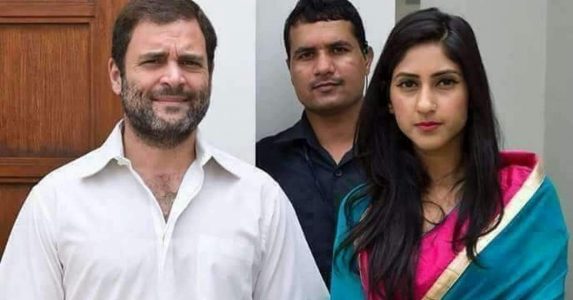 MLA from Raebareli and Bahubali Akhilesh Singh’s Daughter Aditi Singh denied news circulating on Facebook and WhatsApp about her wedding with Congress President Rahul Gandhi. On her twitter timeline she expressed a clear dissent with the rumour she said “I am really saddened by such baseless rumours being spread”. Stretching further she added “Rahul Gandhi is my rakhi brother, please don’t spread rumours”. The epicentre of WhatsApp rumour found to be in Raibareli itself, few overenthusiastic congress supporters after looking at those photos came to this conclusion. 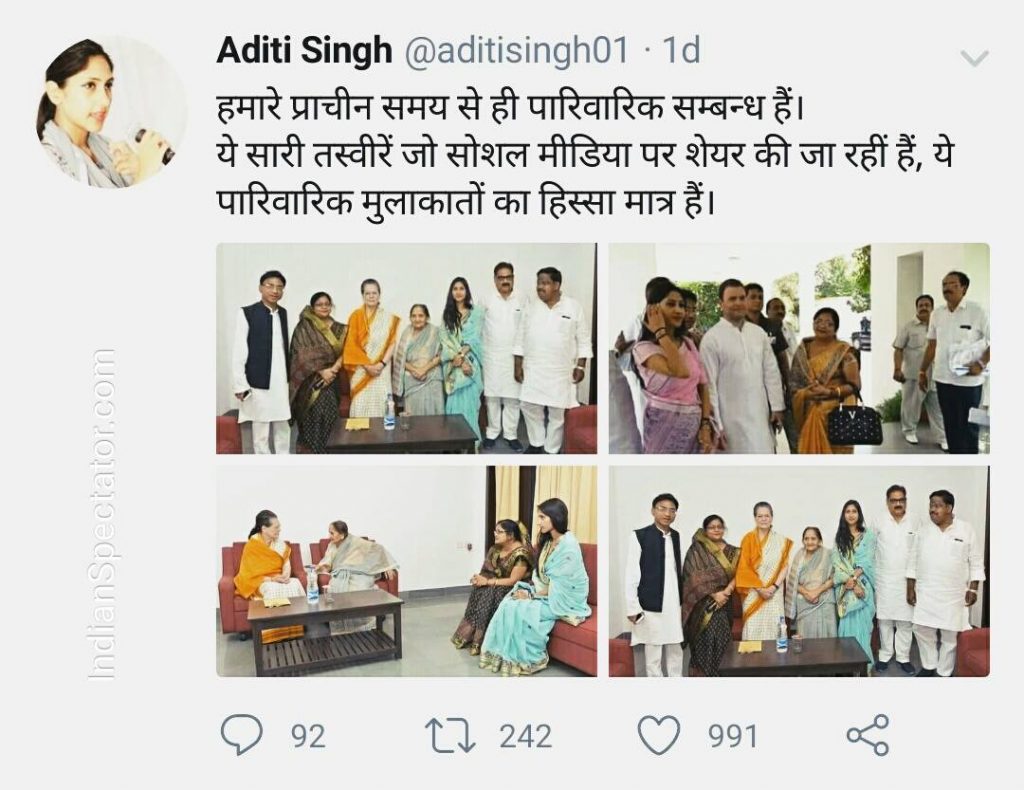 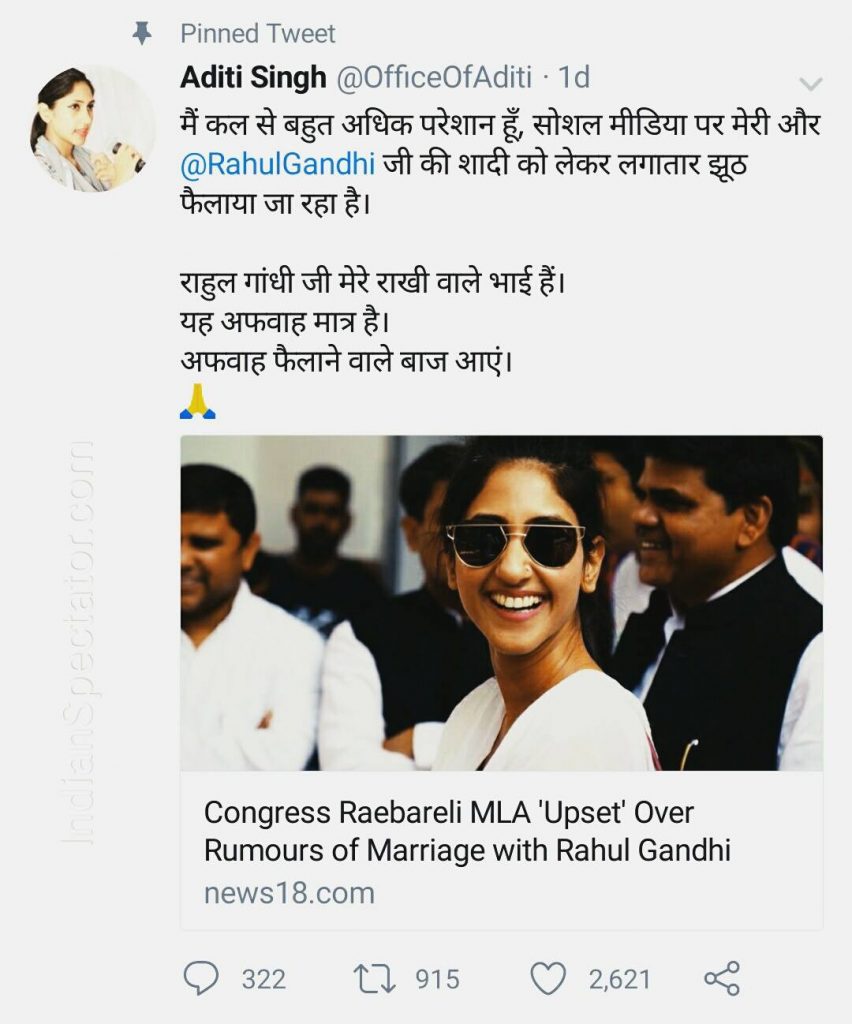 Aditi graduated in management from Duke University London, despite this is shocking to know that a US returned grad and an MLA from Sadar Raebareli doesn’t have a verified twitter account and the only account that represents Aditi Singh MLA (@aditisingh01) is managed by her fans and supporters.

Aditi Singh won her first Legislative Assembly election from Raebareli sadar seat with a huge margin of 90,000 + votes in her very first debut in politics. She returned to India to keep up the legacy of his father’s politics. Akhilesh pratap himself is a five times MLA from Raebareli.

In an another tweet she added few photos of the meeting titled “We have family relations since ancient times. All these pictures that are being shared on social media are just part of these family appointments.”

Political pandits are relating the entire incident with the upcoming Karnataka polls since even the Congress cadre believed in this rumour.