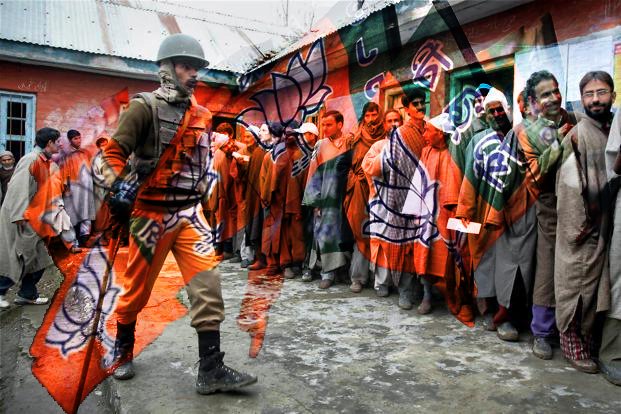 J&K: The party in power, BJP has scored an unprecedented victory in urban body municipal elections, particularly in the Jammu province of the state. Voting was held from 8-16 October in 4 stages, Around 35.1% people voted to elect their representative in the municipal board. The Regional parties in J&K namely PDP and National conference had already stepped aside from the elections mainly due to centre’s approach about Article 35a. Article 35A gives special powers to the Jammu and Kashmir’s permanent residents while refusing certain rights to people from other states.

In the Jammu province, Out of 520 total wards The BJP came out victorious on 212. While INC bagged 110 seats. Independent candidates performed better than the Indian National Congress party by winning 184 seats. Unlike Jammu, Results from Kashmir valley were favourable for the Congress, they managed to win 134 wards.