B Bhaskar Rao, a 1990 batch IPS officer of Karnataka cadre and a native of Bengaluru, joined the Aam Aadmi Party (AAP) on Monday after serving the police force in various positions for 32 years.

Senior AAP leader and Deputy Chief Minister of Delhi Manish Sisodia welcomed him into the party.

He left his office on Friday to join AAP after the Karnataka government accepted his resignation and relieved him of his duties. 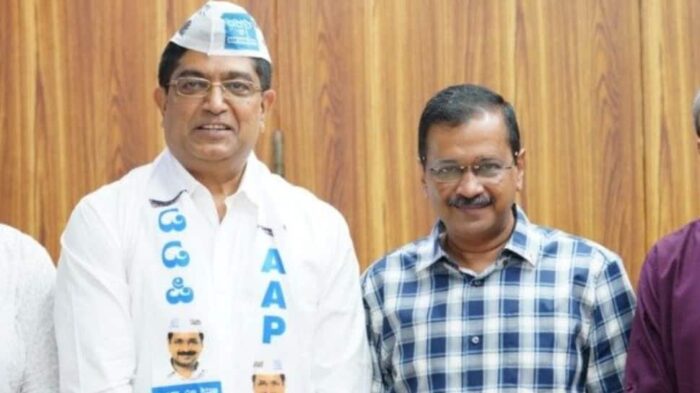 With its resounding victory in Punjab, the party is hoping to consolidate its hold in the southern state this time. Elections are to be held in Karnataka next year in 2023.

Party leaders believe that the former IPS officer’s popularity and clout will help AAP build its cadre in the south, which will help it implement its expansion plan for assembly elections in the state, which is currently ruled by the BJP. Is.