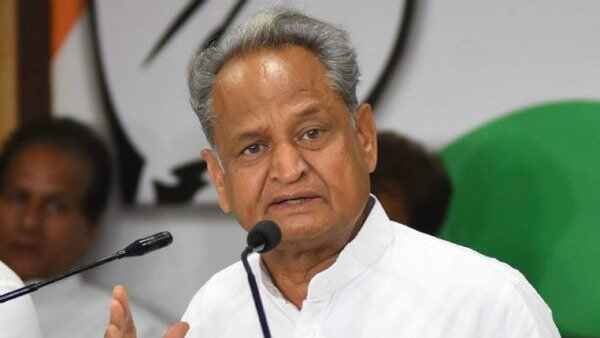 Rajasthan Chief Minister Ashok Gehlot has launched a scathing attack on the Bharatiya Janata Party (BJP) over the issue of Love Jihad. Gehlot has criticized the BJP for using the word “love jihad” to divide the country. Marriage is part of personal freedom. Seeing this, it is completely unconstitutional to bring in a law to prevent the marriage, Gehlot tweeted, expressing his views on the issue of ‘love jihad’.

In the tweet, Gehlot wrote, “Love jihad is a term coined by the BJP to divide the country and to undermine religious harmony.” Marriage is a matter of personal freedom. It is completely unconstitutional to legislate to curb it. This law will not stand in any court. Jihad has no place in love. ‘

Love Jihad is a word manufactured by BJP to divide the Nation & disturb communal harmony. Marriage is a matter of personal liberty, bringing a law to curb it is completely unconstitutional & it will not stand in any court of law. Jihad has no place in Love.
1/

In another tweet, Gehlot writes, ‘They are creating an environment in the country where adults will have to rely on the mercy of state power for consent. Marriage is a personal decision and they are controlling it, it is like snatching personal freedom. ‘  This decision is detrimental to religious harmony and escalates social conflict, as well as disregarding constitutional provisions. The state does not discriminate against citizens on any grounds, Gehlot said in the tweet.

Support Indian Spectator by subscribing to our Daily Newsletters. Submit your opinion/articles on Info.indianspectator@gmail.com.