Rahul stoops to new low: This is what he has to say on PM Modi in Davos 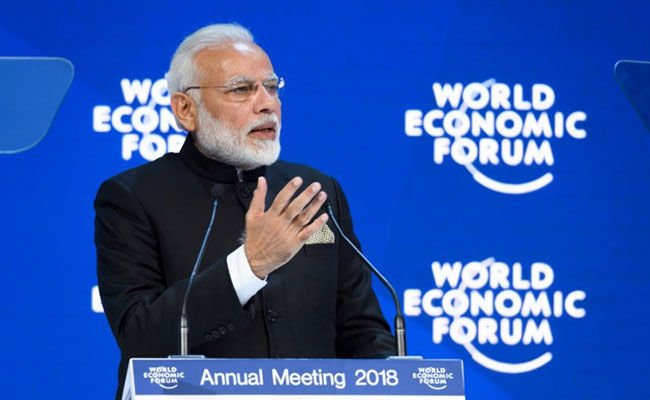 PM Modi in Davos had every one floored with his speech at Davos where he covered a multitude of topics. Apart from luring in investments, Prime minister Narendra Modi directed his speech to issues at home as well as global issues. He emphasized mainly on terrorism where he criticized both good and bad terrorism alike and globalization when he quoted Rabindranath Tagore’s “where the world has not been broken up into fragments”.

The much hyped speech is now a burning topic with both the national and the international media praising Modi for the vision of India that he forecasted. The representatives of the government, the opposition and the people from various sectors praised Modi for presenting the big stature of India and his vision on free business and globalization.

But then our own Rahul Gandhi had this to say: 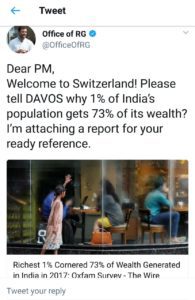 We cannot expect a little positivity from him. When the whole world is singing praises for India, this man had to politicize it. This man needs to learn if he plans on becoming a ‘leader’ of India and not just of the congress. No wonder he is having a hard time gaining trust of the other opposition parties.

PS: not defending but wealth share of the top 1% population in IndiA IS 73% which is better than the global average of 82%.