How often do we see Congress winning with Rahul Gandhi at the helm of affairs? 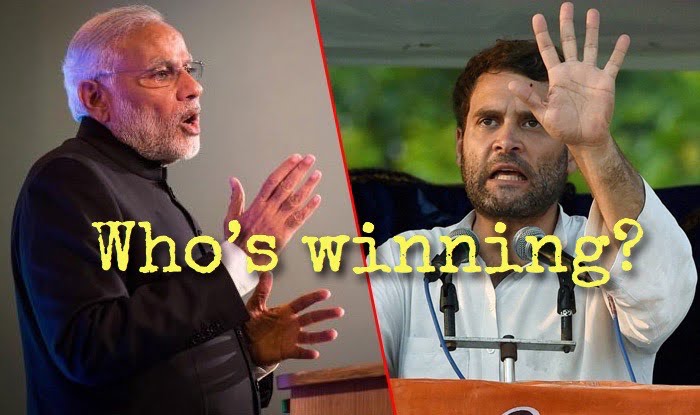 Punjab has been the only significant victory for the congress in its recent past but it was under Captain Amrinder Singh who seemed to ensure Rahul’s minimal involvement during the poll campaign. Karnataka, the only other bigger state the congress controls has another regional leader Siddaramaiah as its proctor who is going by his own way of politics (evoking regional empathy, for example) ensuring the survival of the grand old party in the state and its national significance.

In this scenario, the Gujarat election results from the epicentre of Modi wave was a sort of jewel in the eyes of congress sympathizers. Getting 78 of the 182 seats and although losing to the BJP but confining them to a double digit score was quite a feat. Anti incumbency was in effect but Gujarat also happens to be a BJP stronghold and the home land of Modi-Shah.

The congress campaign that we saw was unprecedented. We’ve never seen Rahul going by this measure of commitment before. The places that he visited, the alliances that he forged, the speeches he delivered and his connect to the voters, it all worked. One thing was clear, Rahul was on fire.

This new Rahul made me wonder about what all can possibly change in 2019. 2019 is believed by many as an already lost battle to the NDA.

From my own predictions as I stated in an article and the polls by various media groups, one thing is clear: BJP is not retaining all the seats it won in the north, west and central India while making inroads into the eastern and northeastern parts of the country. Nevertheless, BJP seems to be winning.

Though a strong and energized congress under Rahul can cause some grave dents into the BJP’s ambition of forming a strong government with clear majority. A clever strategy and dedication by the congress mainly in the states of UP, Rajasthan, Karnataka, Tamil Nadu and Jharkhand can massively damage the BJP’s 2019 dream.

However, all this while I have been talking about the damages Rahul can cause to the BJP’s prospect, never actually considering him to be a serious contender. We sure are liking the rejuvenated Rahul as any country deserves a healthy opposition but he has been, at the same time, party to a number of goof ups (questioning the army on Doklam and calling it Dhoka-lam instead is a recent example).

I cannot really imagine him as a possible contender to lead this country.

The same anti corruption drive that uprooted the congress probably had no impact on Rahul as he is openly seen supporting Lalu who has been accused and convicted following corruption charges.

Most importantly I don’t see him as a man of his own policies. His only selling points remain digging out and living on Modi’s failures, unnecessarily.

Congress has made this one thing very clear that there’s no substitute for Rahul and despite many, more able members in picture, they will fight under the leadership of the Gandhi scion. It’s refreshing to see RaGa fighting but this struggle has miles to go before it bears fruit.