Home >> Sports >> Sydney Test Racism: A decade has passed yet no improvement

Many from the cricketing fraternity have strongly condemned racism against Indian players in Sydney.

by IS NewsDesk
in Cricket, Sports 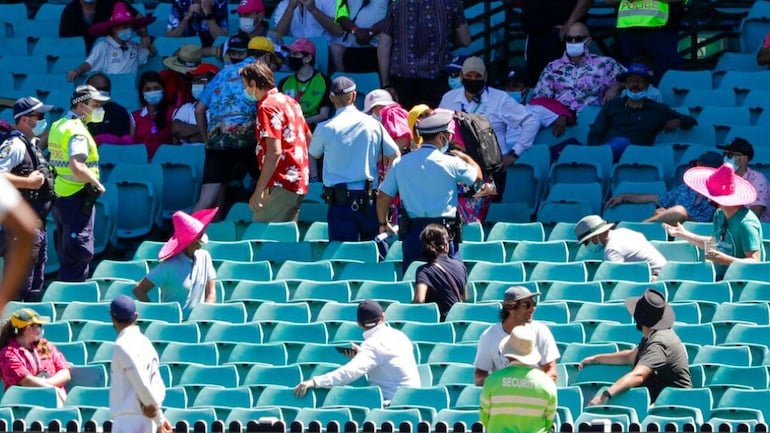 Once again Australian cricket fans are making headlines, for no new reason than passing cheap racist comments on Indian players. It’s been more than a decade since when Australian cricket team turned from an unbeatable eleven to a team whom even Pakistan can defeat easily, yet the superior mindset of Australian cricket fans hasn’t improved even by an inch. This is when many cricketing legends like Mathew Hayden, Brett Lee receives regular employment under Indian employment scheme for foreigners, popularly called IPL. Still, none of the Indian fans has ever pointed out or rightly they should not, how Hayden or Lee struggles to match the Indian accent to appeal to the “Indian” audience they are catering for.

The racist remarks of the Australian supporters started from the second day of the Sydney Test. The situation did not improve, on the fourth day, the racist attack took its final shape. Mohammad Siraj was standing at the boundary line of Sydney Cricket Ground. At that time he was called a ‘brown dog’.

Ajinkya Rahane immediately informed the umpire about the matter. The game stops for a while. Later, the security guards chased away the accused but the situation did not come under control. On the contrary, the incident is causing a wave of criticism all over the world. From current cricketers to former cricketers – everyone has condemned in one voice.

10 instances when cricket was marred by racism