Home >> Sports >> AB de Villiers retirement: Will he play in the upcoming IPL from RCB?

AB de Villiers retirement: Will he play in the upcoming IPL from RCB?

by IS NewsDesk
in IPL Updates, Sports, Trending 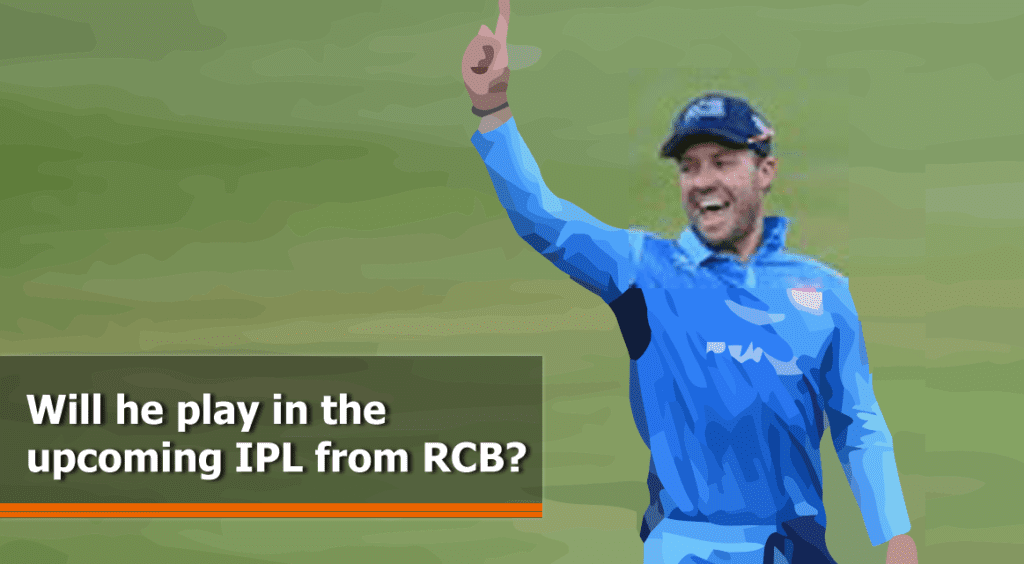 Protean legend AB de Villiers today stunned the entire cricket spectrum by an unexpected announcement of his retirement from every form of international cricket. He posted a video message for millions of fans on Twitter he thanked everyone for all the cheers and support during his 14 year long phenomenal career. He played in this year’s IPL from Royal Challengers Bangalore (RCB).

“It’s about running out of gas and feeling that it is the right time to move on. Everything comes to an end.This is a tough decision, I have thought long and hard about it and I’d like to retire while still playing decent cricket. After the fantastic series wins against India and Australia, now feels like the right time to step aside.”

The stormy right handed batsman was in good form and fully fit to play cricket for another 4-5 years, recently playing against KKR he smashed 44 runs out of 23 balls, and worth mentioning that incredible superman outfield catch.

He holds the quirkiest record of scoring the fastest ever Half-century in 16 balls, fastest century in 31 balls) and fastest 150 runs in just 64 balls all in international one day cricket. AB de Villiers often named as “360 degree batsman” due to his ability of scoring runs from all directions. It won’t be an exaggeration for sure if we add that after any Indian Player he was the most loved batsman.

He confirmed today that he will not be seen in the green and playing for South African national team, However in his video message he said “I’ll continue playing for Titans” A domestic team, which gives a blurred confirmation that he will continue to play in IPL a form of domestic cricket.