Rahul Tewatia snatched another victory from Punjab Kings in IPL. Gujarat Titans beat Punjab in 16th match. Gujarat Titans batsman Tevatia hit two back to back sixes in the last two balls at the Brabourne Stadium in Mumbai on Friday.

Earlier, he had led the team to victory by hitting four consecutive sixes against Punjab Kings. It was against Punjab in 2020, this time in this way he has reminded the Punjab team of unpleasant memories. Tewatia had done this feat for Rajasthan Royals at that time in 2020. 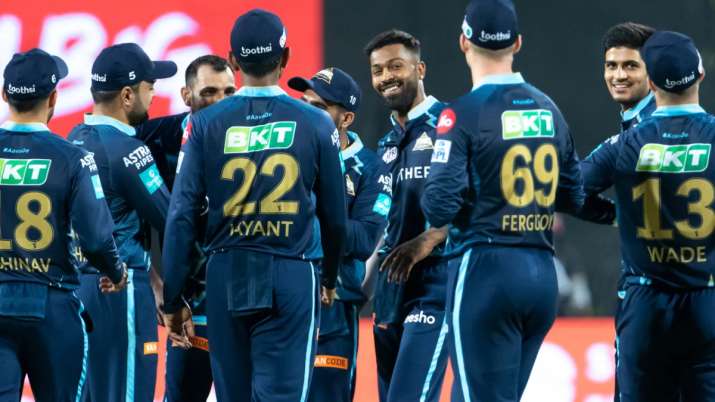 However, this time he has repeated the same feat for the new IPL team Gujarat Titans. Rahul has done this feat twice against Punjab. While playing for Rajasthan Royals, Tewatia then targeted West Indies fast bowler Sheldon Cottrell and now while playing for Gujarat, he turned his attention to another Caribbean fast bowler Odin Smith.

After playing a brilliant innings and winning the match for Gujarat, Tevatia said, “It feels great to win like this. I didn’t think much about it but I knew I had to get down and hit a six. Smith bowled well.”

Talking about the atmosphere of the dressing room, Tevatia said, “The dressing room is really nice. Ashu Bhai (Nehra), Gary Kirsten and the support staff have done a really good job. We execute our plans well. Asked to do and support.” Netizens are praising him.

This is the second time in the history of IPL when a batsman has won the match for the team by hitting two sixes in the last two balls. Earlier in 2016, MS Dhoni hit two sixes in the last two balls to guide Pune Super Giants to victory. If statistics are to be believed, Tewatia has scored 49 runs in the last 10 balls against Punjab Kings while chasing the IPL target. This time his strike rate is 490 and Tewatia has hit eight sixes in these 10 balls. Tewatia was bought by Gujarat in the 2022 IPL auction for Rs 9 crore.