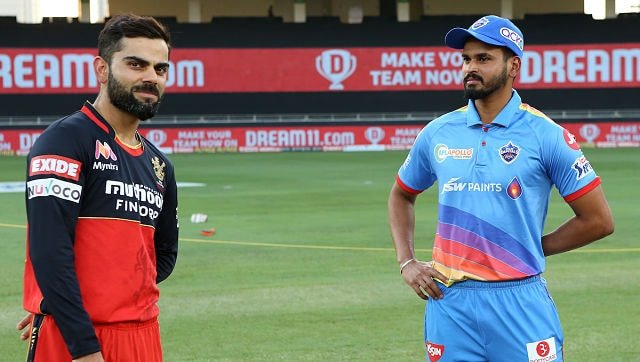 In a nail biting match held at Sheikh Zayed Stadium in Abu Dhabi, Delhi Capitals managed to defeat Royal Challengers Bangalore to secure second spot in the IPL score table. However, both the teams have reached the play-offs of IPL 2020. The fight for the number four team in the play-offs is between KKR and Sunrisers Hyderabad.

The picture is quite clear. If the Sunrisers Hyderabad wins its last match against Mumbai, they will overtake the Knight Riders to advance to the play-offs. There is only one way for Kolkata knight riders to reach the playoffs is if Hyderabad loses against Mumbai Indians. So, Kolkata has to look at the victory of Mumbai Indians to find possibility for reaching the play off stage

Delhi Capitals won against the RCB by 6 wickets and finished the league with 18 points. So they make sure to be number two in the league table. Mumbai have 16 points. They have already confirmed the top spot. In this situation, Mumbai and Delhi will face in the qualifier match.

Batting first at the Sheikh Zayed Stadium, RCB scored 152 for 7 in the allotted 20 overs. In reply, Delhi won the match by 154 runs for 4 wickets in 19 overs, special credit goes to Shikhar Dhawan who scored a half century.

If Delhi had won the match before 16.3 overs, RCB’s play-offs would have been uncertain. Because, then they would have moved to number four behind Kolkata in terms of run rate. Kohli breathed a sigh of relief as it was not over.

Mumbai Indians has reached the finals by demolishing Delhi...
Sports

A mysterious post by PV Sindhu on social media...