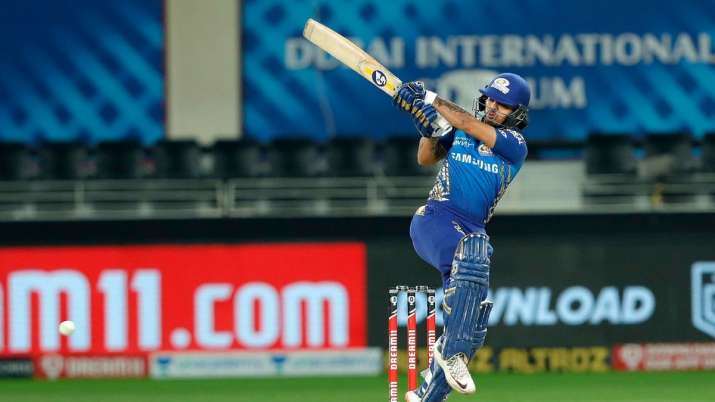 Mumbai Indians has reached the finals by demolishing Delhi Capital in the very first match of the IPL play-offs stage. Rohit Sharma Brigade defeated Shreyas Iyer’s team by 57 runs in a one-sided match.

After losing the toss in Dubai, Mumbai Indians batted first and scored 200 runs for the loss of 5 wickets in the allotted 20 overs. In reply, Delhi fell into batting disaster from the very beginning. In the end, they were bowled out for 143 for 6 in 20 overs. The defending champions won the match by 58 runs and took the place in the title fight.

Rohit Sharma and Kieron Pollard, the two captains of the season who completely failed to bat for Mumbai. Both could not break the streak in the playoffs either. However, the rest covered their failures. Quinton D’Cock scored 40 off 25 balls with five fours and one six. Suryakumar left the crease with 51 of 36 balls with the help of 6 fours and 2 sixes.

Krunal Pandya was dismissed for 13 runs. Hardik teamed up with Ishan and batted destructively. Ishan remained unbeaten on 55 off 30 balls with four fours and three sixes. Hardik remained unbeaten on 36 off 14 balls. He hit 5 sixes. Ashwin took 3 wickets for 29 runs. Besides, Anrich Nortje and Marcus Stoinis took 1 wicket each for Delhi Capitals.

Mumbai Indians outperformed DC in bowing department as well Bolt-Bumrah duo took crucial 3 wickets of Prithvi Shaw (0) and Shikhar Dhawan (0), Ajinkya Rahane (0) before scoring a run. Stoinis tried to pull the team from there. He scored the highest 65 runs for the team from 46 balls before Jasprit Bumhar bowled him out. Akshar Patel made 42 of 33 balls.

In a nail biting match held at Sheikh Zayed...
Sports

A mysterious post by PV Sindhu on social media...