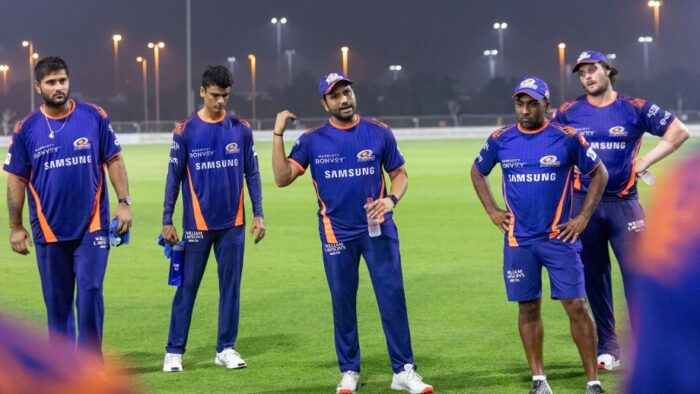 In the final fixture of the Indian premier league 2020, Mumbai Indians defeated Delhi capitals. Rohit Sharma’s Mumbai Indians won the IPL title for the fifth time and second in a row. Tuesday’s final was Hitman’s 200th match in the IPL. The match became more memorable for the entire team and its fans. In this year’s IPL, Mumbai Indians were the defending champions, and no doubt, they did a fabulous job at retaining the title. Now IPL 2021 will be a Hat Trick chance for the MI paltan.

Mumbai Indians as a team have evolved year after year with the touch of Captain Rohit Sharma. In 2013, the leadership baton passed from Ricky Ponting to Hitman. Since then, the Mumbai Indians have only moved forward under Rohit’s leadership. After 2013, 2015, 2016, 2019, they are the champions once again. Rohit has emerged as the most successful captain of the competition after winning the IPL five times. On the other hand, Virat Kohli has yet to win a trophy for Royal Challengers Bangalore.

Delhi Capitals stood at the crossroads of making history on Tuesday. If they could beat Mumbai, the trophy would have gone to Delhi Capitals for the first time. Even though Delhi came very close, but it remained farther from the trophy.

DC’s Shreyas won the toss and elected to bat. The purpose was to put pressure on Mumbai by scoring runs on the scoreboard. But Trent Bolt thought otherwise. Kiwi pacer started the fire from the first ball. He broke the batting spine of Delhi. Shreyas scored 75 off 50 balls. He took the team to a defendable score. Delhi had to take wickets from the start to win the match with a capital of 156 runs.

Mumbai started chasing runs at express speed. Rohit and Quinton de Kock took the offensive route from the start. The intentions were to reach a good score in the powerplay and take the rest of the match in hand. The plan worked for Mumbai. Mumbai lost the first wicket by 45 runs. Stoinis dismissed Quinton (20) in Marquette. Surya kumar Yadav (19) was run out due to a misunderstanding with the Mumbai captain.

However, Rohit did not lose focus. He returned to the dugout after playing an innings of 68 off 51 balls. The Delhi bowlers lost rhythm against Rohit’s attacking batting. He could not play in four matches due to a hamstring injury. Others, like Pollard (9), Hardik Pandya (3), failed on this day, but Ishan Kisan (33) did the rest of the work.

Meanwhile, from Delhi’s side, Marcus Stoinis came to open the day with Shikhar Dhawan. Stoinis was dismissed by Quinton D’Cock with the first ball of the Kiwi pacer. He was hesitant about whether or not to play big shots. In the beginning, Delhi relied on Dhawan and Ajinkya Rahane after losing the wicket of Stoinis. Both batsmen have a lot of experience. Yet they couldn’t control the situation. Rahane also had to return quickly after scoring 2 runs after losing 2 wickets for 16 runs.

In the fourth over, Rohit replaced Bumrah by Jayant Yadav. Sunil Gavaskar was critical of the Mumbai captain’s decision. He argues that Delhi has come under pressure after losing 2 wickets. Bumrah should not have been removed from the attack in such a situation. But an experienced batsman like Dhawan also lost his temper and endangered the team by playing a weak shot. Jayant took Dhawan’s wicket at 15 runs.

Mumbai successfully chased the target of 156 runs in just 18.4 overs.