by World Desk
in World 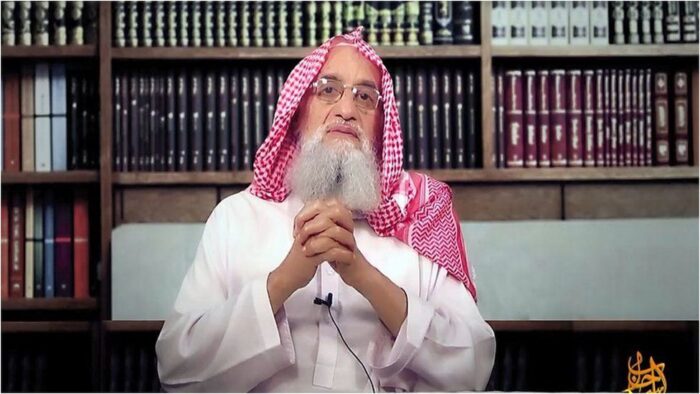 Al-Zawahiri, the head of al-Qaeda, a transnational extremist Salafist terrorist organization, has died of asthma. Al-Zawahiri was hiding in the mountains of Afghanistan. As per Arab media reports, Zawahiri could not get proper treatment.

Sources close to al-Qaeda told Arab News that al-Zawahiri, 68, took his last breath in Ghazni last week. He died of asthma as a result of a lack of proper treatment. Zawahiri was having trouble breathing.

The U.S. intelligence agency is investigating the claims. Al-Zawahiri and Abdullah were on the FBI’s list of most-wanted terrorists. Al-Zawahiri had a reward of up to 2.5 million on him.

He became the head of the organization after Osama’s death in a US raid. Zawahiri, an Egyptian, was an ophthalmologist. In 2011, he became al Qaeda’s chief. He was believed to have been involved in terrorist attacks in many countries around the world. He was first arrested at the age of 15. He graduated from Cairo University Medical School in 1974.