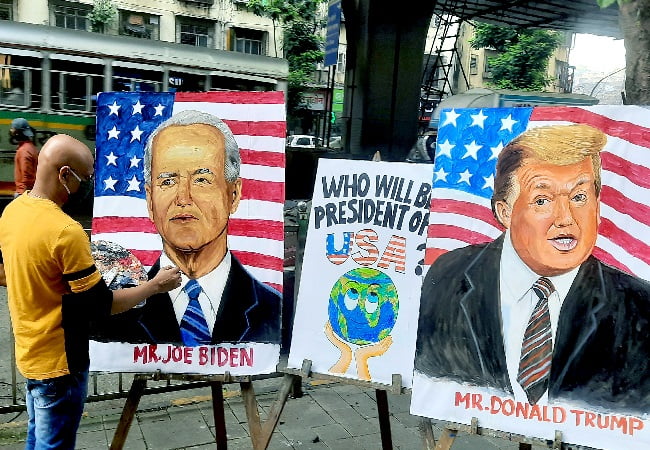 Democratic candidate Joe Biden won the US presidential election. The 77-year-old former Vice President will be the 46th President of the US. This came after the results of Nevada, Pennsylvania were declared, Joe Bidden won both the states. However vote counting is underway in three states of Georgia, North Carolina and Alaska. With this, Kamla Harris, democrat candidate of Indian origin is going to become the Vice President.

In addition to the Associated Press, CNN and NBC News have declared Biden as the winner & Kamla Harris as the Vice President. The reports state that Biden won 20 electoral votes in Pennsylvania, easily surpassing the 270 mark needed for a majority. Biden and Harris will be sworn in as President and Vice President on January 20.

After thanking the people of America, Biden tweeted, “America, I feel honoured that you have chosen me to lead the country. We have a tough challenge, but I promise you: I will be the President of all Americans, whether you voted for me or not. I will maintain the trust you have expressed in me. ”