Nevada's 6 votes can turn out to be game changer as the vote counting is under way. 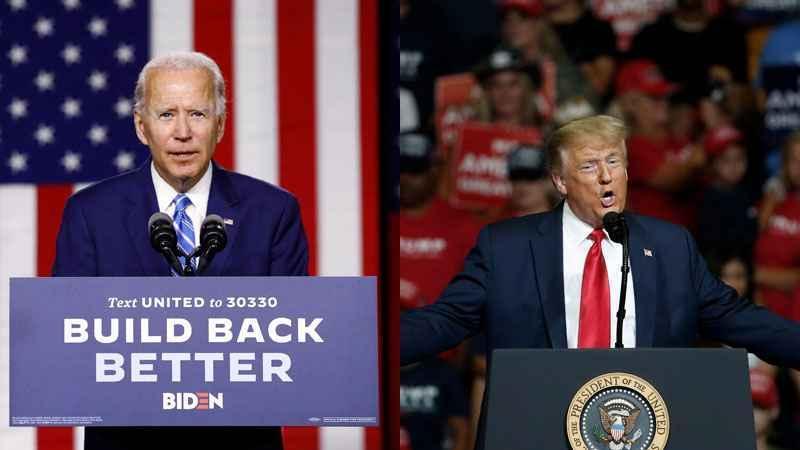 Washington: Joe Biden has already won the decisive states of Wisconsin and Michigan, he is just six votes short to cross the magical number of 270 votes to win the elections. As of now it would not be wrong to say that Joe Biden’s victory is confirmed, based on the current status of votes in Nevada where ballot counting is still in progress, Democrat nominee Joe Biden is leading in Nevada by a narrow margin of 8 thousand votes. On the other hand, Donald Trump, the incumbent President of USA, is leading in 4 important states of Pennsylvania, North Carolina, Alaska and Georgia.

Donald trump is also seen raising his voice on twitter, alleging vote-counting fraud. Trump demanded a recount of votes in the state of Wisconsin. For trump, Georgia is also a dicey state as the lead between the two leaders is narrowing.

Meanwhile, Biden has snatched a 20,000-vote victory in Wisconsin. The results were announced after 96 percent of the ballots were counted Although Donald Trump is unwilling to accept that, the chances of Biden snatching victory, albeit slowly, in other states, are growing. In Michigan, Biden is leading with about 45,000 votes until the last update, Biden has also won 6 in Arizona.

The Donald Trump camp has warned of a lawsuit in Michigan to demand a halt to the vote count. They allege that Republican observers are not being allowed to see the vote count process properly Trump has also demanded that the vote count be suspended in Pennsylvania. The U.S. president has called on the Supreme Court to intervene in the case to end the vote counting.

Republicans have complained that Democrats are not allowing their votes to be counted in Pennsylvania.