Donate For Kerala Flood Relief, Here’s How You Can Make A Donation

Kerala has been combating with the worst-est of flood since a century. According to rough estimate loss of around Rs 19,512 crore is reported due to flood. After an aerial survey of affected regions Prime Minister Narendra Modi announced 500 crore in form of aid to kerala which is mere nothing as compared to kind of losses suffered by the people of kerala. Around 1.5 lacs individuals are shifted to relief camps, huge losses of infrastructure and animals and crops are reported. Out of 14 districts in Kerala 12 are affected.

Since governmental aids usually take more time to reach, and even if it does’nt we still have individual duties towards the people, the fellow Indians. Indian Spectator urges you please collect from your locality and donate some amount to the relief fund.

To Donate Online logon to :- www.donation.cmdrf.kerala.gov.in

For Bank to Bank transfers here are account details, money can also be send via BHIM app.

To Donate Via Paytm:-

Paytm has added a separate page “Donate for Kerala” for donations to the CM’s Disaster Relief Fund (CMDRF). Till this time around 3 crore rupees are contributed from across India to CMDRF via Paytm. 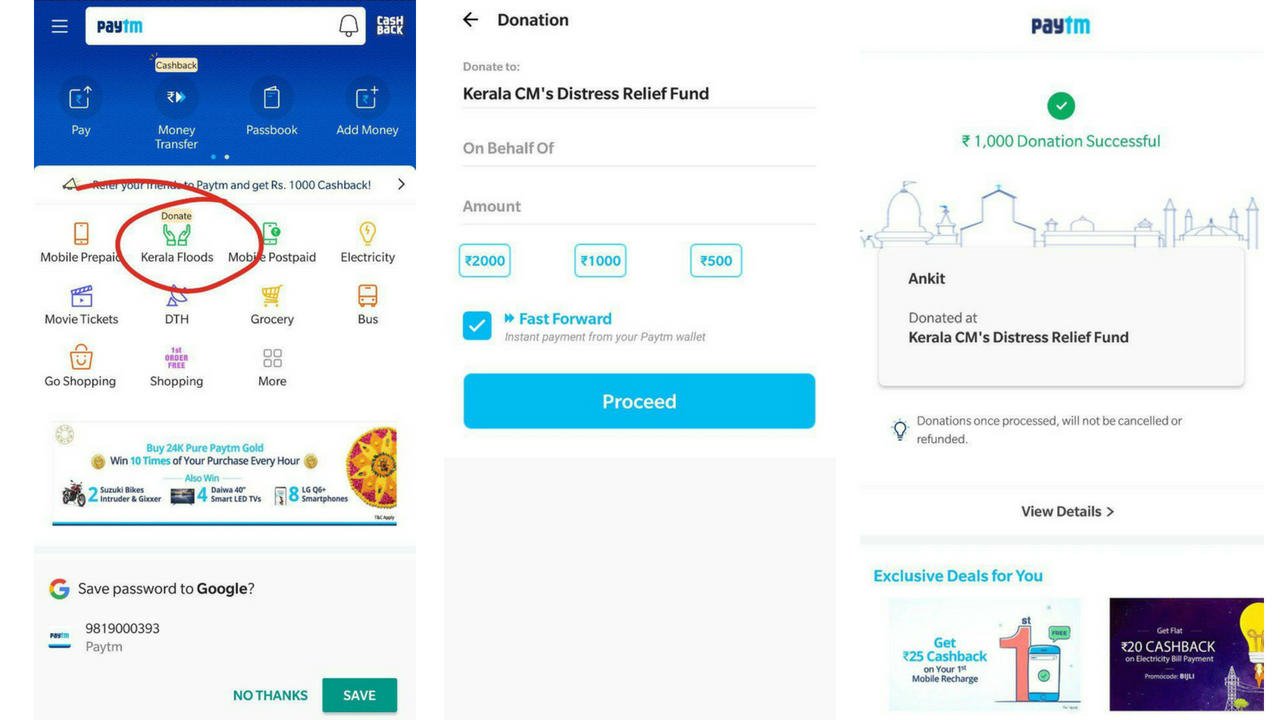